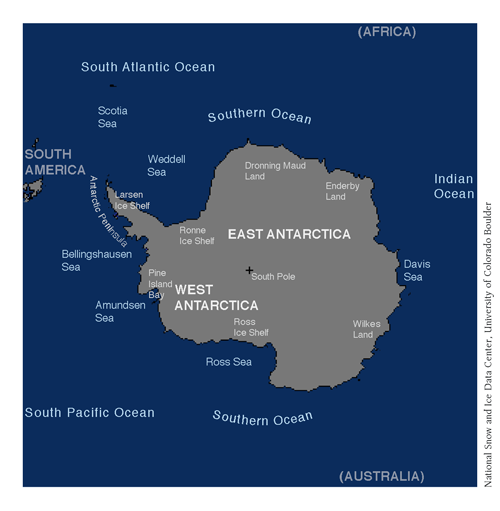 “Can you hurry? Wiggle and Waddle need your help!” I said in a nervous voice.

“I am getting my bag ready so I have everything I need when we get there,” Vetter, the North Pole veterinarian, responded without looking up.

Concerned, I began pacing back and forth in front of the door to the animal hospital. I remembered when the penguins became part of our North Pole family two years ago after arriving on an ice sheet that had broken loose while they slept. “I hope our penguin friends will be okay,” I said as I heard Vetter’s medical case snap shut.

“Let’s go see what is going on with those two,” she announced, grabbing her hat and coat.

As we exited the West tunnel, a large group of elves had gathered around Wiggle and Waddle. Gently pushing my way into the crowd to make a path for Vetter, I called aloud, “Please, let us through.”

In the center of the circle, I saw the penguins lying on the snow with Polar Pete, the best tracking polar bear at the North Pole. Nippy, Frosty the Snowman’s cousin, stood beside the two trying to comfort them. When they looked up and saw Vetter, both immediately made room for her to check on Wiggle and Waddle.

Kneeling on the snow she asked, “Can either of you explain what is going on?”

“We’ve had headaches and our muscles keep cramping,” Waddle, the bigger penguin, said as Vetter opened her case and pulled out her stethoscope.

“Don’t forget the vomiting!” Wiggle, the younger of the two, said trying to stand.

“Don’t try to get up,” Vetter began as she examined both penguins. “How long has this been going on?”

“Did you start feeling bad all at once?” Vetter asked looking at both penguins.

“Pretty much,” Waddle explained. “Fine one day and this the next.” 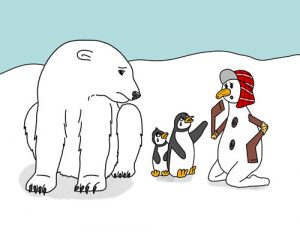 Sitting back on his hind legs, Polar Pete interrupted, “That’s not quite true.” Everyone stopped and stared at him as he continued. “You both have been sad and lonely, not to mention how you never want to do anything. It’s just like last June when you were homesick.”

“You may be right Pete,” Vetter said, nodding her head. “If so, the homesickness is worse this time.”

“But they have been here for almost two years,” I began. “Don’t you usually get over it after that long?”

“For most, that would be true Santa,” Vetter responded as she sat on the snow. “A few, however, never get over the feeling, and there is no magic pill to help them.”

Nippy finally spoke up, “What do you mean?”

“I really can’t do anything for them,” Vetter remarked, putting away her stethoscope. “There’s only one solution. They need to return to . . .”

“Don’t even say that!” Nippy exclaimed furiously. “They’re two of my best friends. I don’t know what Pete and I would do without them!”

Putting my arm around Nippy to try and calm him, I explained, “This will be hard on all of us, but think about how much harder it will be for Wiggle and Waddle to remain here.”

I took a step forward and leaned down so both penguins could hear me. “Remember when I offered to take you back to your home in Antarctica after your arrival here? The offer is still good, and if that is what you want, we could leave within the hour.”

The penguin friends stared at each other and Waddle spoke. “Wiggle, I’ve thought a lot about this, and I believe we will go through this every year if we stay.”

“Why?” was all Wiggle could think to say.

“This is the time of year when our colony of penguins grows in size to become a rookery of about 400 thousand,” Waddle stated dropping his head. “I still miss seeing our old friends and finding our special mates to raise children with. I think it’s time to return.”

As Wiggle slumped against a snow drift, I knew Waddle was right and the only thing to do was to get them back home. Turning to scan the gathering of elves, I spotted the one I needed. “Highstep, can you get me a sleigh ready and bring it here?”

Before Highstep could answer, I heard Polar Pete state in a firm voice, “Don’t even think about taking our friends home without Nippy and me going with you!”

Seeing the stern look on Pete’s face, I looked back at Highstep. “Make that my Christmas Sleigh, and I will need all nine reindeer as well. I want to make sure Wiggle and Waddle get the best ride back to Antarctica that we can give them.”

It was not long before Highstep returned with my sleigh. As Polar Pete and Nippy climbed into the back where I usually put my bag of toys and gifts, I motioned to the penguins to climb into the front seat next to me. Once everyone was settled in the sleigh, I snapped the reins and shouted:

Now Dasher, Now Dancer,
Now Prancer and Vixen,
On Comet, On Cupid,
On Donner and Blitzen!

As the reindeer rose into the sky, the sleigh followed. Wiggle and Waddle looked below and began waving to all the elves and Ms. Claus, who had come outside to say farewell to the pair. Though everyone was sad to see them go, I knew it was the right thing to do. Soon we were heading towards the South Pole.

When we arrived, Nippy leaned over the side of the sleigh to get a good view of the seventh continent. “Look at all that ice and snow! There must be a lot of snowmen down there.”

“That’s possible I guess,” I responded. “Even though the Arctic and Antarctica are pretty close in size, Antarctica has about seven times as much snow and ice. It’s much colder . . . “

“There!” both Wiggle and Waddle exclaimed as they pointed down at the Larsen Ice Shelf and the Antarctica Peninsula.

“That’s where we were sleeping when part of the ice shelf broke off. We floated for days before landing at the North Pole,” Waddle recalled.

“Is that our Rookery on the islands at the end of the peninsula?” Wiggle asked his partner.

“Absolutely,” I responded as I steered the sleigh in the direction Wiggle had pointed.

“Wow! That’s a lot of penguins!” Polar Pete exclaimed. “Do you think you’ll have much trouble finding your mates?”

Wiggle and Waddle laughed. “We never had a problem before, and I don’t think we’ll have one now,” Waddle replied as we descended to within a couple hundred feet. Hugging one another, the two soon yelled, “We’re home!”

After I landed the sleigh next to the Rookery, we got out to say our good-byes. “I think I speak for everyone at the North Pole when I say we have enjoyed your friendship over the last two years and will miss both of you very much!” I announced, noticing the sad faces.

“We will never forget all that everyone did to make us feel at home in the Arctic, but this is where we belong,” Waddle said gleaming.

As the two penguins walked towards their South Pole friends, Wiggle looked back one last time and waved. “We hope to see you again someday!” he called out.

“Till then, Penguins!” Nippy responded.

When I placed my arms around Pete and Nippy, they were both crying. “It’s sad to see them go; yet, I also am happy for our penguin buddies,” Pete explained shaking his head.

“That’s because you did something especially nice for Wiggle and Waddle when they needed it the most,” I responded with a smile. “Helping others, without wanting or needing anything in return, creates a warm sensation in our hearts.”

“Thanks,” Pete replied. “I never thought of that before. I guess,” Pete continued with a grin, “you, Ms. Claus and the elves must feel that way all the time.”

To read more about Santa’s Friends please check out: