The Magic of Christmas 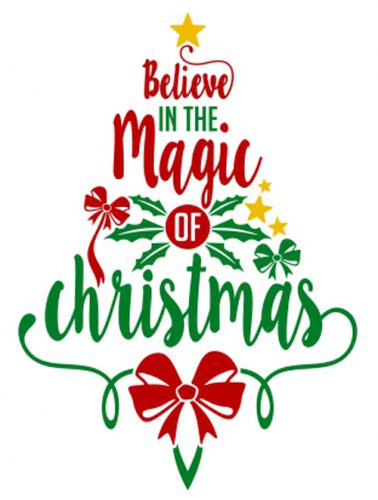 After watching “The Christmas Chronicles,” several elves and I had gathered in the recreation room, just outside the village theater, to talk about the movie, when Houser exclaimed, “These Santa movies never seem to get it right!”

“I know. Can you believe they think that all of Santa’s magic comes from his hat?” Sachi asked as she took a seat at a round table in the back of the room.

Olaf pulled out a chair to join Sachi and said, “It was a fun movie to watch, but when it comes to the real magic of Christmas, I think the blue fairy dust from the Snow Fairies is the best!  There would be no way Santa could get around the world to every child if he did not have the blue dust to manipulate time.”

“That certainly is important,” the Scout Elf Scarfy began. “But without the yellow dust that allows Santa to go down and back up the chimney, he would not be able to get into all the homes and would not need to manipulate time, would he?”

Not wanting her work as Dasher’s care taker to be ignored, Sachi declared, “But what about the red dust? If it was not for that, how would the reindeer fly to get Santa to all the homes?”

“Uh, excuse me,” Treckie broke in. “If it was not for the green fairy dust we use in the warehouse, there would not be any toys in Santa’s bag to even deliver to the children. So, the magic of the green dust is the most important!”

Standing up to make sure she was heard, Heart stood up. “I think all of you are missing the point of the Magic of Christmas.” Not knowing what Heart was talking about, the elves stared at her with a confused look.

“Okay Heart. Why don’t you tell us what you see as the point of Christmas magic,” I said as I gave a little ‘Ho Ho Ho.’

Heart spread her arms and hands out as if to point to everyone at the table, “If it was not for the magic we elves bring to the North Pole, how would there be any toys to send to Santa’s bag?” Everyone fell silent as they thought about what Heart had just said. “Without our Elfin Magic to create all the toys the children ask for, Santa would not have anything to deliver.”

All the elves at the table began debating who might be right, but when I cleared my throat, they gave me their attention. “I think you are all missing the point of the Magic of Christmas.” Turning to face Sachi I asked, “Since you work with the reindeer, can all reindeer fly?”

Startled by my question, Sachi shook her head. “Unfortunately, not. Even with the red dust some never learn to fly. “

“Highstep told me that the reindeer must believe in themselves so that they can actually do it.”

“That’s right!” I then looked at Treckie, “Do you remember when we first tested the green fairy dust to transport toys from the warehouse to the bag in my sleigh?”

“I will never forget that!” Treckie exclaimed. “The Snow Fairies said it would only take a pinch of dust to make it happen, but we must have used a handful.”

“And where did the toys end up?”

Treckie shook his head, as he remembered the bad experience. “Not in your sleigh! They ended up in your office, and I had to go collect them all.”

“When we talked with Queen Gwendolen of the Snow Fairies, what did she tell us?”

“That we should never use more than a pinch, and for the dust to work properly, we needed to believe that it would, just like we believe in our own abilities,” Treckie remembered.

“That’s right. As with anything in life, if you believe you can, you will,” I responded.

“What happens if you don’t believe?” Heart wondered aloud.

“I don’t think I understand Santa,” Olaf said as he scratched his head.

“I think you have it Sachi,” I said as I lightly clapped my hands. “So, when it comes to Christmas, believing is important.”

“More important than the fairy dust and Elfin magic?” Scarfy demanded to know.

“I would not say believing is more important, but it is the belief of children that holds all the magic together to make Christmas happen. That same belief keeps the Spirit of Christmas alive in their parent’s hearts and minds as well.”

Houser sat up in his chair with excitement and asked, “Like in the movie ‘Elf!’”

“You mean that movie with the silly elf named Buddy?” Olaf asked.

“That’s the one. Remember when Santa could not keep his sleigh flying because the Christmas Spirit was so low. Then Michael, Buddy’s half-brother, and his father got everyone singing “Santa Claus Is Coming To Town.” That lifted everyone’s belief and Santa’s sleigh was flying again.”

“Exactly!” I exclaimed, giving Houser a thumbs up.

“You have never had that problem, have you?” Sachi asked.

Slipping my arm around her shoulders, I answered, “I have not. But that is because the children’s belief in Christmas has been strong. While I agree with all of your opinions about the magic of Elves and Snow Fairy Dust, I try to teach children to believe in themselves. When they do, their believing in Christmas grows stronger and makes the Spirit of Christmas come to life.”