The Land of the Mystic 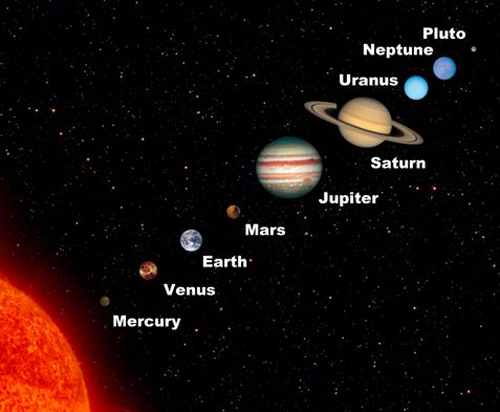 Looking out the window at the village, Lyra mumbled to herself, “I know there has to be a way to get there.” Sitting on a bench by the fire, she continued thinking about it.

Coming into the Common Room, I noticed how sad Lyra looked, “Penny for your thoughts?”

Lyra jumped. “You startled me!” she exclaimed.

“Sorry. I did not mean to,” I responded and turned to face Lyra. “Why so gloomy?”

“It’s a lost cause,” Lyra responded sighing as she folded her arms in her lap. “I was hoping to find a way to get to The Land of the Mystic, but I don’t think that is possible.”

“You mean the place Elves and the Snow Fairies call their original home?” I asked.

“Yes,” Lyra said as she turned to describe her feelings. “According to a story my mom told me, my Great-Great-Great Grandmother actually saw a Unicorn there, and it was so friendly that she was able to feed it an apple. Ever since I heard the story, I thought it would be wonderful to go there and visit. I’d love to be able to tell my children my own story about meeting a Unicorn or even a Leprechaun!”

“I can certainly understand wanting to visit your home of origin,” I responded. “Who wouldn’t want to see a Unicorn? But, The Land of the Mystic is in another world other than ours.”

Lyra looked at me wide-eyed and asked, “You mean I have to take a spaceship to get there?”

“Ho Ho Ho, no. It’s too far away to get there by spaceship.” Seeing even more confusion on Lyra’s face, I tried to explain it better. “You see we live on the planet Earth which is part of the Milky Way.”

Lyra smiled and said, “My father would always take me outside at night to look at the Milky Way. I go out whenever possible to make sure I can still identify all the stars Dad taught me to find. But what does that have to do with The Land of the Mystic?”

“What your dad might have not realized is that our Milky Way is just one of many galaxies in the Universe,” I explained, “and The Land of the Mystic exists in one of those far away galaxies.”

Lyra stood and faced me. “If it is in a galaxy that’s too far to travel to even in a spaceship, then how do we get there?”

Stroking my beard thoughtfully, I wondered if Lyra would be able to follow my description. “Well,” I said, “there are special structures in space called wormholes . . .”

“Yuk!” Lyra interrupted. “I don’t like those slimy things.”

“Wormholes have nothing to do with real worms,” I replied grinning. “It’s more like a tunnel where each end of it is in a different part of the Universe.”

“How would that help me get there?” Lyra replied even more confused. “Seems traveling through the tunnel would take just as long as flying there in a spaceship.”

“I thought the same thing, so one day I asked Quinten over in research and development. I figured if anyone would know it would be him.”

“What did he tell you?” Lyra wanted to know.

“He got a piece of paper out and told me to think of it as the Universe. Then he put two dots on it to represent both ends of the wormhole, or tunnel. ‘The Universe is not flat,’ he said while twisting and folding the paper. ‘Instead, it looks more like this.’ As Quinten held out the crumpled paper, he pointed out the two dots, and I noticed they were closer to each other. ‘See how much shorter the trip becomes,’ he explained. I laughed and agreed with him.”

Nodding her head, Lyra remarked, “That makes sense, but have you ever traveled to The Land of the Mystic?”

“I wish!” I exclaimed. “I’ve always been too busy when the planets aligned to make the trip. The only person I know who has experienced the journey is Mythanthar, the leader of all the elves back in Lapland, Finland. He described the actual trip as if he was floating on a cloud and some magical force just pulled him along to the other end.”

“Did he get to see any of the creatures that live there?”

“He told me of Gnomes, Mermaids, Dragons, and even Centaurs, which have the body of a horse and the head and chest of a man.”

“Oh, he saw Unicorns! The best part was he got to ride one, or so he told me.”

As Lyra began thinking about what I said, excitement returned to her face. “So, all I have to do is find the entrance to this wormhole, and I can visit The Land of the Mystic?”

“I wish it were that easy,” I responded with a slight shake of my head. “You see there are only two entrances to the wormhole, or portals.”

“Where is the closest one?” Lyra demanded to know.

“There is one in Ferrishyn, where the Snow Fairies live, and the other one is on Korvatunturi Mountain in Lapland, where Elves live on Earth. There may be more portals, but those are the only ones I know.”

Jumping up and down with excitement, Lyra asked, “Can I have some time off to go back to Lapland to find the portal?”

I patted the space on the bench next to me and asked Lyra to sit. “Finding the portal is only the beginning. You would have to be there when the portal is actually open.”

“When will that be?”

“Unfortunately, that only happens once every 200 to 500 years or so, when all eight planets, plus Pluto, line up with the sun.”

Lyra frowned and stated, “Guess I’m not going to be able to go for a while?”

“I’m afraid not. The next alignment won’t happen until May 6, 2492.” After sitting on the bench in silence for a moment, I continued. “I’m sorry to disappoint you, but maybe if you start planning now, you can make the trip in the future. After all, that’s the year you turn 900. You couldn’t find a better way to celebrate your birthday.”

“What a great idea, Santa.” Lyra paused for a bit then asked, “If the elves and Snow Fairies came from The Land of the Mystic and live here, then is there a place where the Unicorns and Leprechauns can be found?”

“I wish there was, but unfortunately not.”

Raising both hands with her palms up, Lyra asked, “If they are not here then how does everyone know about them?”

“When a group of Elves and Snow Fairies came through the portal back in 561, they liked our universe and decided to stay. Elves made the Korvatunturi Mountain their new home and the fairies settled in Ferrishyn. Unicorns and Leprechauns have crossed through the portal many times, but they have always decided to return to The Land of the Mystic before the portal closed again.”

“So, everything we know about them is from stories of the people who were lucky enough to see them, like my Great-Great-Great Grandmother, in the short time they visited?”

“Many things we know today were taught using the stories handed down to us through our ancestors.”

“How are we supposed to believe in something we have never seen? How do I know that Unicorns, Leprechauns, and wormholes even exist if I’ve never seen them?” Lyra wondered.

“No one has ever seen the North Pole,” I reminded her, “or me when I deliver presents on Christmas, yet they still believe. Remember Lyra, you do not need to see something to believe it’s true.”