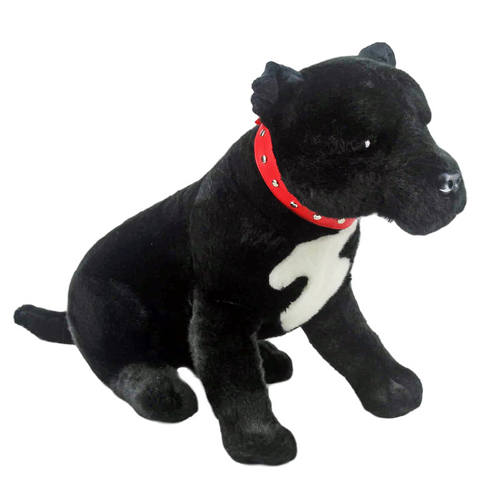 Walking down the hallway toward our apartment, I noticed Ms. Claus coming out with her coat. Hurrying to catch up with her, I called out, “Slow down. You know I can’t walk as fast as you.”

Turning, Ms. Claus laughed. “Maybe if you ate fewer cookies and lost a little weight, you wouldn’t have that problem.”

“Thanks,” I replied sarcastically, “I’ll remember that the next time Doheny makes her special chocolate chip cookies.”

Ms. Claus gave me a quick kiss on the cheek as I caught up to her and asked, “What can I do for you Santa?”

“Nothing really,” I answered giving her a hug.  “Just wondered where you were going.”

“The mailroom elves received a special wish letter this morning and gave it to me. I tried to call your office, but you were gone,” Ms. Claus explained. “I’m going over to visit Hulta because if anyone can take care of this request, she can. Want to come with me?”

Nodding, I followed Anya as she made her way out of the administration building. Giving me the note to read, she mentioned, “It appears urgent, and you know how Hulta needs time for her creations.”

After reading it, I remarked, “Emma’s letter sounds sad, but I like her request. You’re right, Hulta is the answer.”

Heading toward the workshops, I thought about Hulta’s talents. As one of the oldest elves at the North Pole, her skill for creating life-like, stuffed animals was widely known. She had run the doll and stuffed animal workshop for years, before Patches took over. When Hulta’s age slowed her down, Ms. Claus and I gave Hulta her own shop to handle special requests regarding stuffed animals. It made a difference.

Arriving at the shop, Ms. Claus knocked and then opened the door. “Hulta,” she called out, “it’s Anya. I brought Santa with me. We have a special wish letter that I think you will find interesting.”

Stuffed animals surrounded the room. In the far corner stood a life-sized hobby horse made from real horse hair. The genuine saddle and bridle would make a child feel that the horse could run anywhere. A baby giraffe, in the middle of the room, leaned against Hulta’s work table waiting for her to attach life-like eyes and a nose. “Amazing,” muttered Ms. Claus as she examined the giraffe. “So realistic. How does she do it?”

“That’s my secret,” replied Hulta as she entered her workspace and looked at Anya. Smiling, she added, “Using some elf magic, however, does help. Welcome to my shop Santa and Ms. Claus,” she announced bowing stiffly. “What can I do for you today? Something about a special request.”

“It appears,” I said, “that Emma from Midland, Michigan has lost her dog who died of old age.”

“She is very heart-broken,” continued Ms. Claus, “but her wish is achievable. She wants Santa to bring her a life-like stuffed animal of her black Labrador as a young pup so that she can cuddle with it at night while sleeping. She even sent a photo.”

Taking the picture from Ms. Claus, Hulta examined it closely. “What lovable eyes he has,” she murmured. “I can see why she misses him.” Turning it over, she noticed a name scribbled on the back. “Harley… how cute. I’ll bet you were a handful when you were a pup,” remarked Hulta as she explored the picture more closely. “I can see that mischievous look in your face.”

“Do you think you can do this?” I asked as Hulta continued looking.

Putting the picture on the table, Hulta nodded. “Of course. This sad, little girl needs a reminder of her furry friend. I am glad she sent a photo because it certainly helps.”

“Thanks so much,” I said relieved. “Anya and I knew you were the right elf for this special wish.”

As Hulta slipped the picture of Harley into her apron pocket, she smiled and invited us to stay for tea. “I have something to show the two of you that I think you’ll like.”

Heading toward Hulta’s kitchen, Ms. Claus said, “While you get what you want to show us, I’ll start making the tea.”

When all was ready, we sat down, and Hulta unwrapped the package and set it on the table. Both of us marveled at the realistic features she had managed to work into the likeness of a lion cub.

“Remember when you gave me a letter in late January from Jameral who lived in Kenya, Africa,” began Hulta. “Well, his father had worked at the Rukinga Wildlife Sanctuary and was set to immigrate with his family to the United States to help with endangered animals. Jameral wanted Santa to bring him a lion cub for Christmas this year as a reminder of the one he had saved.”

I let out a loud Ho, Ho, Ho and shook my head. “Who could forget that. Good thing his mom followed up with a letter explaining her son’s special wish,” I recalled. “Seems Jameral had helped rescue the cub from a trap set by poachers to lure in other animals. The mother had abandoned the little thing, so he was all alone. Jameral helped nurse the cub back to health.”

“His mom also sent a few pictures, and from them I was able to create a good likeness of Saba, Jameral’s lion cub,” explained Hulta. “What do you think?”

Proud of her work, Hulta pushed the stuffed animal into the center of the table. After she did that, I touched the fur and stroked the nose. “How could he not like what you have made. It is so realistic even down to the size of the paws and the angle of the ears. You are amazing, Hulta. I’m certain Jameral will be happy.”

As the women chatted and enjoyed the moment, I thought of the unique requests sent to the North Pole over the years. “Hulta, how do you do it?” I finally asked. “Yes, I know about elf magic, but your skills are more than that. Every time Anya and I stop by or bring over a special wish letter, you never turn us down, and you always have something to show us.”

Hulta smiled. “Thank you, Santa,” she remarked, giving me a hug. Turning to face Anya and me, she began to explain. “Since an animal can be very important to children, I understand how unhappy they can become when they have to say goodbye. I believe it’s my job to create special stuffed animals to ease the sadness they feel. I want to make sure children receive what they remember in their minds. I like making that memory reality. It’s a labor of love,” she said proudly as Anya and I put on our coats.

Outside, I took a deep breath of the cold North Pole air and reached for Anya’s hand. “Our elves never cease to amaze me,” I said as we walked toward the main building. “Their love and creativity make Christmas even more magical.”

“I agree,” Anya responded, giving my hand a squeeze. “Elves like Hulta use their talents and make the children of the world happy at Christmas time. What would we do without them?

Read more about the Lyra and her pets at North Pole: