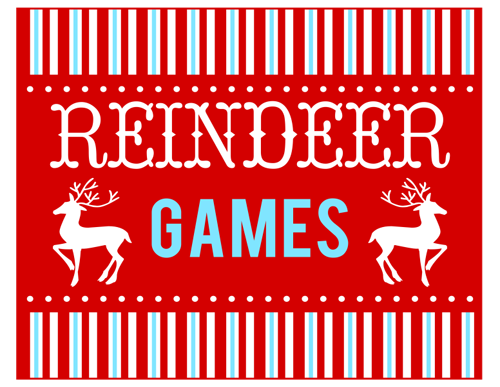 Early in the morning, I walked towards Highstep’s office. “So, are we all set for the Reindeer Games today?” I yelled while entering the barn.

Exiting his office, Highstep responded, “I think so. I know the reindeer are ready. Several of them were up most of the night practicing.”

Together we strolled toward the East Tunnel. Glancing at Highstep, I remarked, “For centuries, reindeer from the Arctic have come to compete against our North Pole Reindeer at the end of the summer.”

“You would think,” Highstep responded, “they compete, because we are watching and evaluating their skills. In reality, I think they look forward to the fun of competition and comradery.”

“The only time I can remember a reindeer not having fun, was back when Lyra gave Rudolph too much Magic Red Fairy Dust, turning his nose red.”

“True!” I began. “But once the other reindeer realized that his nose was going to help me on foggy nights, they happily let Rudolph join in the games.”

As we exited the East Tunnel, I was shocked at the number of elves who came to watch. “I’ve never seen so many spectators at the Reindeer Games!” I exclaimed.

“I think the excitement of the Elves Arctic Games in August has increased the enthusiasm and fun of these tournaments, before the hard work of the Christmas Season begins,” Highstep replied as he pointed me in the direction of the lake. “Let’s check out the swimming first.”

Approaching the lake of melted ice, Highstep explained, “The race is 200 yards down the lake and back. Most reindeer swim at around 6 miles per hour, so this event should take a little over two minutes.”

“No way I could do it that fast,” I remarked.

“I didn’t know you could swim Santa,” an elf to my right said. When I looked, Bernard continued, “I thought all those cookies you eat would cause you to sink.”

“Why Bernard! Are you jealous because I get more cookies than you?” I answered laughing. Those who heard the conversation chuckled, and before anyone could respond, the whistle blew to start the race.

As the ten competitors jumped into the water, the elves and other reindeer began cheering for their favorite. It did not take long for four reindeer to separate themselves from the others. “Looks like Dasher, Pearless, Pablo, and Leon are going to be the ones to watch,” Bernard yelled.

“Dasher has won this race the last four years,” Highstep shouted. “The others don’t stand a chance.”

Just then, Pablo began to pull away from the rest. Approaching the end where they would turn around, his lead was almost 10 yards. “Not looking good for Dasher!” Lyra commented.

As Pablo made his turn, Highstep looked at the timer and exclaimed, “Fifty-eight seconds! This could be a new record!”

When the next three reindeer made their turns, I could see Dasher make his move. With about 100 yards to go, he pulled even with Pablo and several elves chanted, “Dasher! Dasher! Dasher!”

“Listen to him snorting,” Highstep remarked. “That’s a sign he’s kicking it into high gear.”

The cheering picked up as some elves continued to shout, “Dasher!” and others cried, “Go Go Pablo!”

When Dasher touched the wall, Highstep could not control himself. Jumping up and down, he screamed, “It’s a record! One minute and forty-four seconds!! No reindeer has ever swum that fast before!”

While Highstep celebrated, Pablo, Leon, and Pearless finished within seconds of Dasher. Pulling out my notebook, I recorded their names and times and then walked East toward another event.

Approaching the start of the Reindeer Marathon, I noticed Ms. Claus standing with her assistant, Sophia. Strolling up behind them, I asked, “See any good reindeer today?”

“After running the elves games last month,” Anya responded as the two turned to face me, “we are just having fun watching. Besides, finding talented reindeer is your job.”

“Santa, do you have a favorite in the Marathon?” Sophia asked.

“To be honest, I don’t think we will ever see a reindeer beat Blitzen. He holds the record for the Reindeer Marathon at thirty-two minutes and twenty-two seconds.”

“Do you think he can break his record this year?” Ms. Claus asked as she gazed at the contestants.

“No. I’m sure it will last for some time. Reindeer average about 40 mph, and Blitzen’s record-breaking win was an amazing 48.6 mph. Racer and Flossie, however, look promising, so I’ll be watching them.”

“Marathon racers on your mark, set,” the announcer called over the speaker. Then a sharp buzz of the starter was heard.

Ms. Claus and I joined the elves in clapping for the marathon runners as they started their 26.2-mile race. “Since it will be about a half hour before the stronger runners cross the finish line, I believe I’ll check out the Sleigh Pulling Competition,” I told Anya.

“Okay. I think Sophia and I are going over to see the reindeer compete in the Jumping Contests,” Ms. Claus responded as she turned with her assistant and headed south.

I had a sharp interest in the pulling contest because both Carter and Bernard had asked for additional reindeer to handle moving the mail and supplies. Walking toward the competition, I remembered the games of 1852 when Donner set the record by pulling 576 pounds, which was over twice his weight.

The competition was ongoing when I arrived. “Anyone break the record yet?” I asked catching up with Highstep.

Without taking his eyes off the competition, he responded, “Donner has already pulled a sleigh weighing 568 pounds. Obviously not his best, but it will be hard to beat.”

“Do you know how Pacer and Ace did?” I inquired as Feckles stood at the starting line, ready to pull his sleigh the required 50 yards.

“Ace looked especially good. He pulled a sleigh of 510 pounds, which is just over twice his weight of 250,” Highstep informed me.

Just then the speakers crackled. “Mid-way through the marathon, Racer, Ready, Flossie, and Blitzen are leading the herd. The next closest reindeer is 45 seconds behind them.”

“I didn’t expect three other reindeer to be in the lead with Blitzen. That might be quite the finish,” I commented. Turning my attention back to the pulling contest, I asked Highstep, “How did Pacer do?”

“Like you, I expected a lot from him, but the best he could pull was 475 pounds. He may not be a good choice unless he really excels at some of the other games.”

“That’s too bad.” Before I could say any more, Feckles started to pull.

Weighing 500 pounds, the sleigh moved as the reindeer covered the first 35 yards quickly; then Feckles showed signs of slowing. “The last 10 to 15 yards are the tough ones, and with just 20 seconds left I’m not sure he is going to make it.”

Suddenly with five seconds remaining, Feckles let out a loud snort and passed the finish line. All the elves began cheering and clapping.

I gave a thumbs up to Highstep and said, “We should definitely offer him a position on the North Pole Team. For now, I need to get back and see the finish of the marathon. Do you plan on watching the rest of the contestants?”

Highstep nodded and added, “No problem, Santa. Catch you later.”

A large crowd stood at the marathon finish line. Making my way to a spot where I could see the end of the race, I couldn’t believe what I saw. Racer was leading the pack. With only about 20 yards to go, there was no way for Blitzen to make up the distance.

The crowd erupted when Racer crossed the finish line first. Later when Blitzen locked antlers with Racer to congratulate him, I put my hands on my hips and shook my head in disbelief.

“You know he planned that, right?” Ms. Claus said.

“What?” I responded as Anya came up behind me. “Why would he do that?”

“He figured that if he ran with or just behind the leader, it would give the other reindeer confidence,” Ms. Claus explained. “Blitzen hoped that if the others believed they were keeping up with him, they would try harder to beat him.”

“Ho! Ho! Ho! That sounds just like one of my reindeer!” Taking Anya’s hand, I directed her toward the tunnel into the village. “So how did the High Jump Contest go? See any reindeer I should check?”

“Fantastic!” I exclaimed. “Most reindeer can only jump about six feet.

I let go of Anya’s hand and placed my arm around her shoulder. “I think this year may have been the most successful Reindeer Games ever. I’ll need to compare my notes with Highstep, Bernard, and Carter, but I believe we are going to have about a dozen recruits from these games.”

“That’s great!” Ms. Claus exclaimed giving me a hug. “With the elves spirits lifted last month from the Arctic Elf Games, and a successful Reindeer Games, it’s beginning to look a lot like Christmas!”

Illustration from Catch My Party

One Reply to “Reindeer Games”