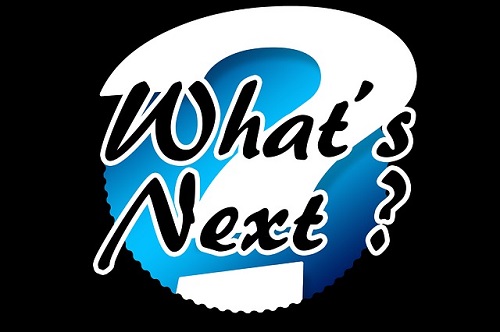 When I entered the dining hall to have lunch, I immediately found Ms. Claus seated at a table by the fireplace. Making my way over to Anya, I heard a group of elves call out, “We love our jobs, Santa!”

Spotting the crowd, I responded, “I’m glad to hear that. We always appreciate your help.”

Giving them a thumbs up, I continued toward Anya. Before I reached our table, Jellybean came up and announced, “Santa, I really don’t want to go back to Korvatunturi Mountain. I am happy working here at the North Pole.” Before I could respond, he was gone.

Shrugging my shoulders, I again set out for Ms. Claus, who sat patiently waiting for me. When I walked past a table with several of the Scout Elves, TuTu raised her hand to stop me and declared, “You know I’m willing to do whatever you need, don’t you Santa?”

Surprised by the question, I stood there and gazed at TuTu for a moment. “Of course, and I greatly appreciate that.”

When I finally arrived, I leaned down to give Ms. Claus a kiss on the cheek and then glanced around the dining hall.

“Is there a problem dear?” Anya asked as she patted the chair next to her.

With some hesitation, I replied, “I’m not sure. The elves seem to be acting a little strange today.” Sitting down, I continued, “It’s probably nothing.”

Sipping her tea, Anya paused and then remarked, “You know, Blanch said something to me this morning that I thought was a bit odd.”

“Like you said, it’s probably nothing, but she made a comment about not being able to run the kitchen properly if she would lose any of the elves that work for her.”

“Now that is strange coming from Blanch. Besides, who said anything about . . .” I began, but stopped when I saw Bernard walk into the hall. Standing, I motioned for him to come over to our table.

“What’s up Santa?” he asked placing his hands on the back of one of the chairs.

“As my head elf, maybe you can explain what is going on with the elves today?” I answered.

Taking a seat, Bernard scooted his chair toward the table. Shaking his head, he added, “I’m not sure what you mean.”

“Some of the elves have made comments today that have us like many of you do. It’s almost as if they are lobbying to keep their jobs,” I told Bernard as Ms. Claus nodded in agreement. Leaning back in my chair, I murmured, “Look around! All the elves seem to be watching us.”

Bernard took a peek around and whispered, “They think we are talking about them.” Moving in closer, he continued to explain in a low voice. “I was going to talk with you about this later in your office, but I guess we should do it now. You know all those newer toys that rely on Artificial Intelligence (AI).”

“Of course! Children love them.”

“Well, someone started a rumor that Quinten in Research & Development is perfecting robots using AI so that you can increase productivity which, to the elves, means replacing many of the them.”

“That’s outrageous!” I exclaimed in a loud voice that caused the entire room to go quiet.

Anya poked me on the shoulder. “Santa, the elves are watching and listening.”

Seeing the concern on their faces, I realized how serious this belief had become. Pushing back my chair, I stood so everyone could see me. “Sorry I got a little loud, but you should all know that Ms. Claus and I love all of you!”

“Then why are you replacing us with robots?” an elf at the back of the room asked.

“I’m not! I don’t know how this rumor started,” I announced, “but it ends here. All of you are part of our North Pole family, and I would never replace you with some machine.”

“But aren’t robots supposed to be better at repetitive tasks!” another elf shouted.

“They are. But can an android programmed to make dolls be asked to go and help make hover boards? NO, they can’t. But as elves you can help out anywhere at any time. In addition, have any of you been able to have a conversation with a robot?” Noticing the elves nodding in agreement, I continued, “I didn’t think so. And if I cannot have a conversation with them, how would they be able to offer suggestions like many of you do?”

“Aren’t they supposed to be faster?” an elf to my right asked.

“If you are human, the answer is yes. As an elf though, you can often do things much faster than any machine.”

Anya stood next to me and grabbed my arm. “Santa and I could not make Christmas happen without each and every one of you. It would not be the North Pole that we all love so much. A machine, no matter how much it can do, could never replace you.”

As the elves began cheering and clapping, I placed my hand on my heart and added, “Ms. Claus is correct. I hope I have never said or done anything to make you think you are not important or needed. After all, you make a difference in the lives of the children who receive gifts from us at Christmas!”

When I finished Bernard rose and faced the room of elves. “I hope this will put an end to this rumor. More importantly, never hesitate to say something to Santa, Ms. Claus, or myself, if you have any concerns or questions. We should know by now that it is better to talk to someone rather than accepting a rumor as truth.”