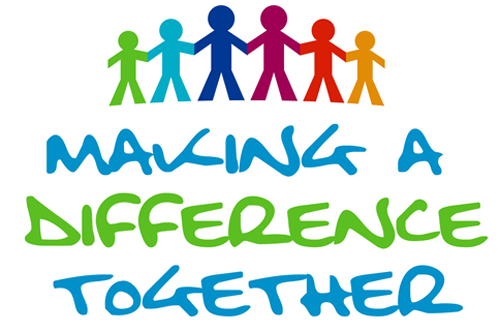 “Things are really starting to pick up,” remarked Prince pushing open the door to the break room.

“Well it is October, and we only have two and a half months to get toys made before the big night,” replied Peppermint as she picked up some cookies and hot chocolate laid out for the elves.

Walking towards a table in the back, the group from the Costume Workshop took their seats and began munching on cookies.

“Even though it’s a lot of work getting toys ready for Christmas delivery, I love it!” Prince responded as he took a bite of his cookie.

“I agree,” Sully said. Leaning forward in his chair, he continued, “I just wish that the happiness Santa brings the children on Christmas could last the entire year.”

“What do you mean?” Needler asked.

Finishing his cookie, Sully leaned back. Sadly shaking his head, he explained, “Well the children love it when they wake up on Christmas morning and find all their gifts under the tree, but it seems that after a while, those gifts no longer bring some of them the same joy. “

“I think I know what you mean,” Peppermint said. As she looked around the table at the other elves she continued, “While the new toys and gifts make the children very happy on Christmas, once the season is over, Santa’s Scouts have often reported that some children become sad and even angry. When I asked them why, they told me how they noticed that no matter how many gifts they received, nothing made them happy for very long.”

Surprised at Peppermint’s answer, Prince dropped his eyes. “That’s sad. I can’t imagine how that feels.”

None of the elves responded and quietly finished their cookies. Suddenly Prince stood up and smacking his fist into his hand added, “But wouldn’t it be great if we could do something to make children happier all the time?”

“That would be a big challenge, so how would you do that?” Needler wanted to know.

Before Prince could answer the question, Peppermint put up her hand and announced loudly, “Wait a minute! Before we can do anything, we need to understand the problems that make children sad or angry.”

“You’re right,” Prince responded as the rest of the elves at the table nodded in agreement. “Has anyone here heard the Scout elves talk about problems?”

“Hummmmmm,” muttered Needler. “Shop elves usually don’t discuss problems with the Scout elves, but I’ve heard others talk about how some children don’t have much to eat, and many go hungry.”

“I heard that too,” Sully said nodding to himself. “I also heard that some of them don’t have enough warm clothes or even homes where they can sleep and be safe.”

Prince suddenly spoke up and added, “I remember not too long ago overhearing two Scout elves talking about bullies who make children afraid.”

Again the elves became quiet. “But what can we do?” Needler finally asked. “We’re just workshop elves.”

“I feel certain that all of you can come up with an answer,” a booming voice announced.

“Santa!” exclaimed the elves as they turned and looked at the exit close to their table.

“I was just coming down the hall and couldn’t help but overhear your conversation.” As I took a seat at their table, I smiled adding, “You know what? I think you are on to something.”

“Didn’t you just say that problems have to be identified first, and isn’t that what your group did?”

Before she could continue, I asked all of them to listen. “Do you realize that throughout the world, there are people who collect large amounts of food and give to those who need it the most. Then there are others who collect clothing to distribute to children and their families who have very little. I even know groups that build or repair damaged houses so that families can have the homes they need.”

The elves stared at Santa. “That’s amazing!” Needler exclaimed. “That’s like being a gift giver which is what you always tell us to become.”

“That’s right. You see,” I explained looking around the table, “everyone has a skill that can be put to good use to help others. The challenge is to understand what it is and use it to make a difference.”

Leaning back in my chair, I watched as the elves began to talk among themselves.

Turning her head shyly toward me, she quietly explained, “Since we run the Costume Shop, all of us know how to sew and make things. Maybe during our off season or whenever we have time, we can make clothes for those who don’t have much. Then maybe the Scout elves can take them to various areas in the world and drop them off to the organizations that collect clothing. I’m sure they’ll be able to get them to the right families.”

“Excellent. You are putting your talents to good use. I like that,” I said as I gave each elf a high five.

With a big smile on her face, Needler exclaimed, “True happiness comes from being a gift giver and helping others when they need it, especially when they do not ask for it. Thanks Santa, we’ll make this work.”

Watching the elves file out of the room, talking with one another, made me realize how much they could make a difference. Suddenly I felt a tap on my shoulder and turned to see Anya’s smiling face. “What was that all about, Santa? It’s not even Christmas and those elves have the spirit already.”

“You’re right Anya. Those elves intend to make a difference in the world by making clothes during their free time so that gift giving can occur year long. Imagine that!”

“By the look on their faces,” Anya answered giving me a hug as I stood up. “I know they’ll succeed, and I think that gift giver spirit will start affecting all the elves. What a special place the North Pole has become.”