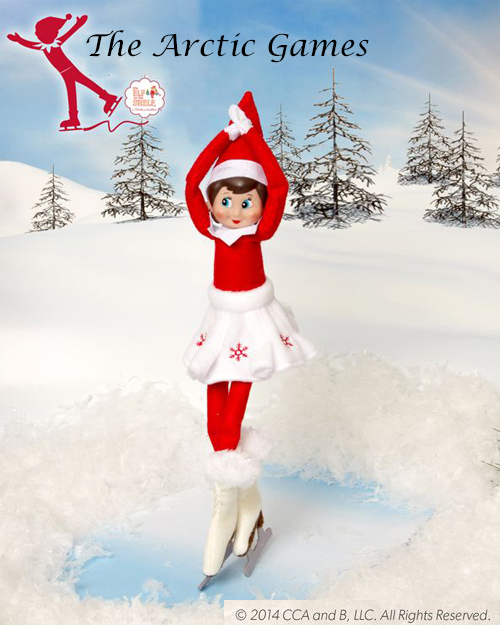 “Still feeling down and out, Sophia?” Ms. Claus asked as she entered her office and took a seat behind the desk.

Nodding at her boss, Sophia sat and sighed.

Hearing a knock, Ms. Claus grinned. As she rose to open the door, she explained, “Yesterday, after you told me about the changes the elves experience in August, I realized that they must feel this way every year. That’s when I decided to invite a few others over to discuss the problem.”

“Hope we’re not late,” a voice called out as the door opened.

When Bernard and I entered the office along with Blanch from the kitchen, Sophia gasped. “You didn’t tell me Santa would be here!”

“Of course! I needed to hear what you had to say,” I answered.

Hesitating, the elf took a deep breath. “Santa, please don’t take this personally, Sophia began. “You see, every year, the elves’ easy-going days usually end in August which is when the toy-making workload increases. It’s like one day we are having fun with friends outside, and the next day we are inside working hard to produce toys. The change is hard!!!”

Stroking my beard thoughtfully, I replied, “Ms. Claus and I have been noticing that, and decided to do something about it. Would a celebration to honor this change, work for the elves?”

Suddenly, Sophia clapped her hands and exclaimed, “That would be fantastic!”

“GOOD,” I answered laughing, “but one thing I want to make clear to everyone here,” I continued. “Unlike the reindeer games which are serious, these will be for fun, OK?”

Nodding, the five of us began planning. To encourage the elves to celebrate the change rather than feeling sad, everyone agreed on preparing games the elves enjoyed. Preliminaries would be held for a week in order to narrow down the competitors leading up to the final day. All department & workshop members would vote on who would represent their divisions. Similar to the Olympics, gold, silver, and bronze medals would be awarded for the individual contests: cross-country skiing, figure skating, and story-telling as well as the team games: tug-of-war, ice sculpture, and the toboggan run. A large outdoor feast would conclude the week-long event.

Soon, the village buzzed with excitement as the necessary arenas for The Arctic Games were created. The elves felt energized. Later when the preliminaries took place, friendly competition erased the sad looks, and the happy spirits of all in the North Pole were restored.

“It feels so good to see everyone smiling and laughing,” I remarked when we took our places on the review stage to watch the elves march out of the West Tunnel. Sporting their team uniforms, the kitchen crew paraded past wearing a chef’s hat and blue shirts decorated with images of cooking utensils. I let out a big “HO! HO! HO!” when they displayed their team flag: blue with a plate of chocolate chip cookies in the center. “Love the flag!” I yelled.

“Look,” Anya chuckled. “The postal elves are wearing mail carrier uniforms and carrying small delivery pouches. Check out their flag, Santa!” she exclaimed. “A circle of stamped letters with your image in the center on purple cloth, my favorite color!”

Once all the elves had proudly strutted past us, the final games began.

As two teams faced one another across the red line, they picked up the long rope stretched across it and pulled. Though the contestants struggled to drag each group across the line, it was Highstep’s crew from the Reindeer Barn who proved the strongest followed by Fizzlepop’s Electronics Toys and Games division, and Girder’s group from Building and Construction.

Leaving the review stand, Ms. Claus and I went over to watch teams of elves sculpt ice. “This is my favorite,” replied Anya as we entered the field full of blocks of ice. “So artistic and creative!”

Strolling in her direction, I was surprised at the ice image taking shape. “Though it’s not finished, I think you are creating an elf-on-the-shelf scene, right?” I asked.

“You guessed it, Santa. What do you think?”

I marveled at the details of the elf as it peeped out of a Christmas tree to watch the children seated below. “I think you and your team might have a winner here, Birdie. Good luck.”

Seeing Anya ahead of me, I picked up my pace. “You should have seen the Scout Elves entry,” I remarked, catching up to her.

“I did, and it was unique, but this one by Research and Development is amazing. Look at the colors they applied between long sheets of ice. They move and twirl like the Northern Lights.”

“Unbelievable what Quentin and his bunch can design.” Eyeing all the sculptures being developed, I whispered to Anya, “They are all so unique that I am glad we are not the judges.”

Exiting the field, we walked over to the ice-skating rink and arrived in time to watch Vetter, the veterinarian, step onto the ice. As music played, she skated smoothly around the rink. Picking up speed, she jumped into the air to perform a triple axel before she landed, and then sailed across the ice in a layback spin. “I never realized how talented Vetter was on the ice,” I remarked as the crowd applauded. “Did you know that only eight women have landed that jump in competition?”

“No,” Anya replied. “I guess Vetter learned a lot while growing up in Lapland. Perhaps, if the competitive skating world could include elves, she would be the ninth.”

When the figure-skating competition ended, we headed west towards the areas for the toboggan run and the cross-country skiing event. We arrived just as Lector from the Elf University and Telsa from Communications battled it out in the final stretch.

“Did you see that?” I screamed as Faer from J.A.T.S. (Jolly Assistants to Santa) swept past both of them to earn first place. “What a performance by all three of them!”

“Well folks,” exclaimed the announcer, “this is amazing! We have a clear winner, but Lector and Telsa tied for second, earning each a Silver Medal. What an incredible job.”

Loud yells and hooting could be heard everywhere as viewers clapped. “I don’t think I’ve seen such a close race in my life,” Anya yelled.

Leaving the area after the excited crowd settled down, Ms. Claus and I made it to the toboggan run in time to watch the three teams settle onto their sleds before a horn was blown. Steep and slick, the run took all three teams down three identical hillsides developed by Maintenance ten days earlier. I loved watching as Science and Nature took the early lead over Warehousing. Yet it was Sledge’s team from Sleighs who succeeded in zooming past both to win the competition.

Giggling, Anya commented, “Since they make sleds, it’s not a surprise that they would win.”

“True,” I remarked, “but you have to give them credit on knowing how to shift their bodies and stay in position on the toboggan in order to gain speed.

Making our way to the final competition: story-telling, Ms. Claus and I seated ourselves close to the fire-ring to catch the last story of the evening. We watched as Hulta from Special Stuffed Animals stepped into the light from the fire.

Though older than most of the elves, her voice was loud and clear as she recounted an ancient story from the far north about a star constellation in the night sky- a hunter with his bow aimed at the Cosmic reindeer in an eternal hunt. Hulta’s skill at creating different sounds pulled the audience into the legend. “When the arrow finally lands and the Cosmic Reindeer falls,” she explained, drawing the story to a close, “the world as we know it will end.”

Standing up, I began clapping. “Your version of the everlasting hunt is excellent,” I yelled as the audience gave her a huge round of applause.”

“That was superb,” Anya remarked as she slipped her arm through mine. “I’m glad it’s a legend and not reality.”

After the events were completed and the feast was finished, I stood on the review stage and announced, “Ms. Claus and I would like to congratulate the competitors and teams, as well as thank those who organized and made The Arctic Games happen. The entire week has been an amazing coming together to celebrate the changes that will take place soon. Now, Ms. Claus and I have a surprise that I think you’ll enjoy,” I continued. “Thanks to Quentin, who made this happen, we are able to give the first fireworks display in the North Pole Village.”

“Santa and I want you to sit back and be wowed,” shouted Anya as the lights in the village faded.

Once darkness spread across the crowd, a huge boom was heard and twinkling lights sprinkled the sky. When the elves started to “oooooh” and “aaaaah”, I knew Anya, Sophia, Bernard, Blanch and I had succeeded in creating the best way to end one season and begin another.

I hope you enjoyed today’s story. Check back next Monday for my story about the Reindeer Games. If you have any comments or if there is something you would like me to tell you about, please feel free to leave me a comment. Until next week . . .

To read more about Sophia please check out:

Illustration from Elf On The Shelf Family Fun