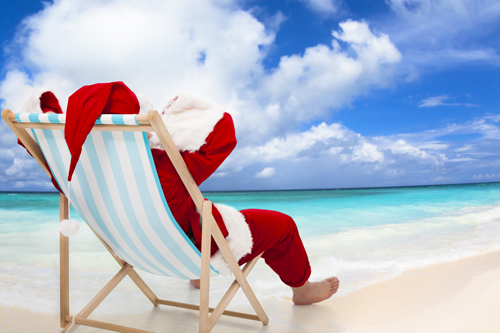 Standing just inside the dining hall, Lyra began searching the room.  When she caught a glimpse of Bernard at a table near the fireplace, the elf quickly made her way over to the table. “Has anyone seen Santa?” she asked.

“Well hello Lyra,” Bernard responded. “What can I do for you?”

Concerned, Lyra took a seat and looked at Bernard. “I thought he was supposed to be back two days ago.”

“True,” Bernard replied as he turned to face Lyra, “but he called to let me know that his meeting with one of the J.A.T.S. (Jolly Assistants to Santa) in Cincinnati was taking longer. He said he would not return until next week. Why so concerned? Has something happened?”

Lyra shook her head. “Nothing’s wrong. But at breakfast before he left, I overheard Santa telling Ms. Claus that he was retiring.”

“WHAT!” exclaimed Bernard as the elves at the table stopped eating. “Santa retiring!?”

While the whispering of Santa’s retirement made its way around the dining hall, all the elves looked at Lyra.

“Since you seem to know more than I do, please explain,” demanded Bernard in an agitated voice.

“I’m sorry Bernard,” Lyra responded as she hesitated to stand and face the elves. “After he mentioned retiring, Ms. Claus nodded. She didn’t even seem surprised. Then he kept going on about how this Santa Pat was the best and how no one would be able to tell if he was the real Santa or a J.A.T.S.”

Shocked by what Lyra had said, some of the elves placed their hands over their mouths in total surprise; others began discussing the matter among themselves. After Bernard silenced everyone, he described what he knew. “It is true that he’s meeting with Santa Pat, but that’s to discuss future training. You must have misunderstood him. There is no way Santa is retiring,” he finished in a somber voice.

“I wouldn’t be so quick to dismiss this,” Faer, coordinator of the J.A.T.S., said. “Santa has been asking a lot of questions about the J.A.T.S. and which of them could pass themselves off as being the real Santa.”

All the elves were silent for a moment to ponder what had just been said. Then Telsa, the elf in charge of communications, spoke. “Maybe there is some truth to this. The day before Santa left on his trip, he asked me to call Gwendolyn, the Queen of the Snow Fairies.”

Bernard was quick to respond by saying, “He calls her all the time to make sure he has enough Magic Fairy Dust. That doesn’t prove anything.”

“But Santa did not want to know about any dust,” Telsa said as she stood up to address the elves. “He specifically asked me to find out if in the future he could bring someone with him to Ferrishyn, where the Snow Fairies live, to meet her. When I asked what he had in mind, all he said was that he might return from his trip with a visitor.”

Lyra jumped out of her chair. “See! He is bringing back someone to train to take his place!”

Bernard shushed the elves and told Lyra to sit down. “I’m sure there are good reasons for all of this. These are just coincidences. Why would Santa want to retire? He always says it is the best job anyone could ask for.”

“You know Bernard,” Sledge announced as he raised his voice, “we made a lot of improvements to Santa’s sleigh last year to help make it easier for him . . .”

“I think we all know that Sledge!” Bernard exclaimed. “What does that have to do with him retiring?”

“I agree with you,” said Sledge, “so I thought he was joking and ignored it. However,” he continued as he rubbed his chin while thinking, “I overheard Santa mutter how a warm beach was looking pretty good in the future. I don’t think he ever said that before.”

As Sledge finished, all the elves slumped in their chairs. No one said a word as they hung their heads.

Walking into the dining hall, I was surprised at the glum faces and made my way to Bernard’s table where he was sitting with many of his closest friends. “Did something happen while I was gone?” I asked startling the group. “It’s lunchtime and everyone is quiet.”

Sitting up straight, the elves looked puzzled and shocked. Bernard was the first to regain his composure and asked, “I thought you weren’t coming home until next week?”

“I thought so as well, but I completed my business sooner than I thought and decided to return.”

Telsa was looking toward the door, as if expecting to see someone else. Turning, she asked, “Did you bring one of your J.A.T.S. back with you?”

“Absolutely not! We all know that we do not allow visitors here at the North Pole. Why would you think that?”

Faer sheepishly raised his hand. When I looked at him, he began, “You’ve been asking a lot about the best J.A.T.S., and we thought you were going to bring one back to train so you could retire.”

“RETIRE! Ho Ho Ho! Now how did you get that idea in your elfin heads?” I asked looking at everyone in the room.

Without raising her head off the table, Lyra began to speak. “Well I guess. . . “

“Lyra you are going to have to look at me so I can hear you.”

The little elf obeyed and stood up to tell her story. “Last week, before you left on your trip, I sat at the table next to you and Ms. Claus.”

“Yes, I remember. We sat right here near the fireplace,” I responded and pointed to the table.

Nodding, she continued, “Well, I overheard you telling Ms. Claus that you were going to retire and that someone called Santa Pat was coming to the North Pole because you thought he would be the best person to replace you.”

“Hmm, I see,” I said stroking my beard. “As I recall that’s not exactly what I said Lyra.”

Blushing, the elf sat down quickly and buried her head in her arms.

“True, I did talk about Santa Pat, but it was concerning his retirement from the J.A.T.S. I also mentioned that he was one of the best at representing me when I could not visit with someone during the season and that he would be hard to replace.”

All the elves perked up now that they knew the real story. Then Bernard looked at Lyra and said, “You had us all convinced that Santa was going to retire. We were worried,” he finished softly.

“Lyra,” I began as I pulled a chair over to sit next to her.

“Yes,” she answered raising her head up to face me. “I’m sorry Santa.”

“I know you are,” I replied patting her arm. “Considering what you thought you heard, I’m sure you really believed I was going to retire. This is exactly how rumors get started. I know how much you love trying to help everyone. Your heart is always in the right place, and I love you for that. But you need to learn not to eavesdrop on someone else’s conversation.”

“I know Santa. I will try to do better from now on,” Lyra responded reaching over to give me a kiss on the cheek.

“Besides, if the elves, Ms. Claus, or I think you need to know something, we will tell you. OK?”

Smiling, Lyra nodded and added, “I’m really happy that I got it all wrong. The North Pole would not be the same without you running things.”

I could see all the elves nodding in agreement. “You have nothing to worry about, I announced. “I love this job and have no intentions of ever giving it up!” Then all the other elves got up and joined Lyra in a group hug with me.

To read more about the J.A.T.S. please check out: