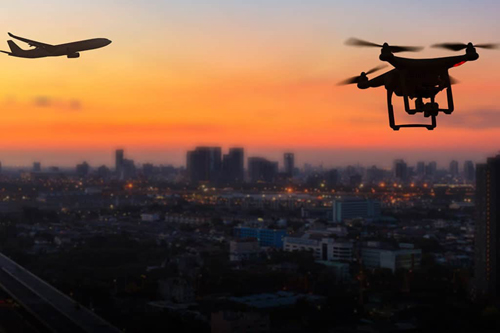 I guided the reindeer, Olive and Cletus, to an area just outside the Sleigh Barn, where Highstep, the elf in charge, and the sleigh manager, Sledge, were waiting for Ms. Claus and me. Once Anya’s sleigh, the Dulcet, was safely on the ground, the elves approached and Highstep asked, “How was your trip?”

“Thank you for asking. We enjoyed our visit with some of the J. A.T. S. (Jolly Assistants to Santa) in Ohio,” Ms. Claus responded as Sledge helped her climb down from the sleigh. “Santa, however, had a few issues while driving the sleigh.”

Seeing the concern on the elves’ faces, I motioned for the them to follow me around to the back where I pointed to a dent in the sleigh.

“What happened here?” Sledge asked as he ran his hand over the dimpled area to consider the damage.

“Do you know how popular those drones have become with the children in recent years?” After Highstep and Sledge nodded, I continued. “Well, it seems that either I’m going to have to fly higher, or we are going to have to control how high they can fly.”

“The whole experience was frightening!” Anya exclaimed shaking her head. “If Santa had not turned to the side at the last minute, I’m sure one of the reindeer or us would have been hit.” She then turned to me and sternly added, “Don’t forget your promise to talk with Avitor about those flying hazards.”

“Believe me, I won’t,” I responded. Then turning to Highstep, I waved for him to follow me. As I approached Cletus, I patted him on his back. “You may want to get Vetter to come over and check him out.”

As Highstep examined Cletus, he asked, “What’s wrong? He looks just fine to me.”

“Not only did we have trouble with drones, but a laser got Cletus,” I explained. “Some of my J.A.T.S. told me and Ms. Claus stories about how some people shine those lasers at airplanes, temporarily blinding the pilots.”

“Thankfully,” Anya interrupted, “Olive was able to keep us going safely until Cletus could recover. I don’t know why children think doing that is fun.”

I put my right arm around Anya’s shoulder and gave her a little squeeze. “I’m not sure why teenagers or young adults do it, but as to the younger children, they may not be capable of thinking ahead to understand the consequences of their actions.”

“I bet many of them are just copying what they see older people do,” Highstep suggested as he began unhitching the reindeer.

“You may be right,” I responded, “but whether someone showed them or if they are testing how far they can fly their drones or point their lasers, they must understand the risks and stop doing it.”

Sledge leaned up against Anya’s sleigh, and remarked, “Remember when birds caused a pilot to land his plane in the Hudson River a few years ago? They were lucky! Blinding a pilot with a laser or flying a drone into an aircraft could be much worse.”

Ms. Claus reached into the sleigh to grab her blanket. “Why would a child even have a laser? After all they are meant to be used by teachers and instructors.”

“How they get it is less important than their parents making sure they understand the proper way to use lasers and drones,” Highstep said as he held the reins of Cletus and Olive.

“I’m beginning to wonder if the parents take the time to read the instructions with their children so that they understand how and why to use them in a safe manner,” I stated.

“Parents also need to check the local laws governing the operation of drones,” Anya was quick to add.

“I agree,” Highstep remarked as he guided the reindeer into the barn. “This presents a great opportunity for moms and dads to teach responsibility to their children.”

“You make a good point,” I mused aloud. “We make many toys to help teach children things through play. As they get older and want more sophisticated toys, we should not forget that they are still learning.”

Waving goodbye to Highstep and Sledge, Ms. Claus took my hand as we began walking. “Learning to be responsible and understanding the consequences of their actions,” she remarked, “is important. Everyone involved with children, not just their parents and teachers, need to recognize their part in the lives of young boys and girls.”

“Anya, you have given me an idea!” I exclaimed as I clapped my hands. “It’s time I spoke to the parents waiting for their sons and daughters who are talking to me about lasers and drones. Sharing our recent experience and my wish that children understood the responsibility of owning these gadgets could make a difference.”

“I like your idea, Santa,” Anya replied smiling. “At least you’re doing your part. The rest is up to the adults.”

To read more about Santa’s Sleigh, please check out: