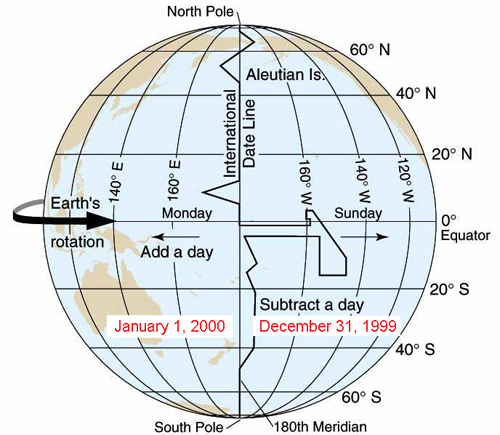 Entering the Recreation Hall, I found several elves sitting around the fireplace discussing the three Back to the Future movies. “Did you enjoy them on your day off?” I inquired.

While the elves shook their heads in agreement, High Step from the reindeer barn called out, “I especially liked watching the car zoom into the past.”

“They used a DeLorean to create the image of a car that could speed up and blast into the future or back to the past,” I explained, taking a seat. “I liked that.”

As the elves continued talking about the movies, Peppermint stood up. “Santa, you have done some amazing things too, but have you ever been able to travel back in time or into the future?”

“Ho Ho Ho, that would be quite a feat. I’m afraid some special magic, which I don’t possess, would be needed. However, I have been on two different days at the same time.”

The room fell silent, as the eyes of every elf stared at me. “I like to think I’m pretty knowledgeable,” Quinten began, “but how could it be two different days at the same time? That makes no sense!”

“Well, you know about the International Date Line, right?”

Quinten was quick to respond, “Sure! The IDL is an imaginary line that runs from the North Pole to the South Pole and separates one day from the next. For example, let’s say one side is Saturday, and the other is Sunday. You could straddle both if you were in the right place.”

Nodding as if he understood, one of the younger elves walked over to the entrance of the theater and stood sideways in the door. Placing one foot in each room, he explained, “Like right now I’m in the rec room and the theater at the same time.”

Lector stood and said, “Good example, but isn’t the IDL over water? How could you overlap that?” 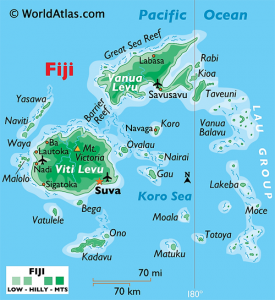 “There are three islands,” I began, “that are part of Fiji, which are the only places where the date line crosses over land.” I strolled over to the fireplace and leaning on the mantle, continued, “On the island of Taveuni there is one house where the IDL goes right through the center of their chimney. . . “

“I get it! I get it!” Scarfy screamed. “Every time you go down their chimney, half of you is in one day and the other half is in the next day!”

I brushed my beard with my hand, and in a hesitating voice said, “Not every time. You see, I would have to go down the chimney at exactly midnight for that to be true.” 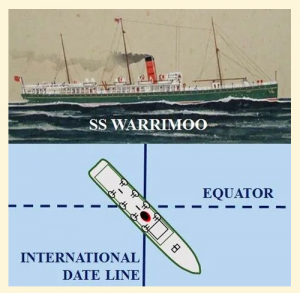 “This is a joke, isn’t it?” Rose asked as the elves stared at me in disbelief.

“I’m not making it up, and I forgot to add that his ship was also in two different seasons as well!”

“That’s impossible!” Quinten and Lector exclaimed at the same time.

Again, the elves talked to each other trying to figure out how all of this could actually happen. Suddenly Howie stood up and yelled, “I think I got it.”

“Go ahead Howie,” I instructed the excited elf.

“If you went down the chimney at midnight on New Years Eve, half of you would be on December 31st and the other half would be on January 1st.”

Lector clapped his hands suddenly. “That would work for two days, months, and years” he stated, “but what about the two centuries?”

Realizing he missed part of the question, Howie suddenly stopped his happy dance, and scratched his head. As he thought about it, Timmi, a very shy elf, whispered into his ear.  When he finished, Howie gave him a big hug and then announced, “Timmi’s got it! If the date was December 31, 1999, then January 1st would be in the year 2000, making it two different centuries!”

The elves all clapped and hollered, “Hip, Hip, Hooray!” in celebration of figuring it all out.

Moving to the center of the fireplace, I raised both hands and gestured for the elves to quiet down. “So far you have everything right, but there is one last piece of the puzzle you haven’t solved yet. Captain Phillips also maneuvered his ship so that it was in the winter and summer. How can that be?”

As the elves debated the problem in hopes of being the one to finally solve the riddle, they grew frustrated. Quentin finally asked, “OK, Santa, we give. What’s the answer?”

“I’m surprised no one came up with this. You see, the captain managed to maneuver the Warrimoo, so that it was between the Ellice and Phoenix Islands, where the International Date Line crosses the Equator.” As the elves shrugged their shoulders, they looked at each other. “Let me finish,” I insisted.

With the elves listening, I continued. “You see the bow, or front, of the Warrimoo was above the equator, which at the time was in the Winter Season . . .”

“And the stern, or back of the ship, was below the equator, which would be in Summer!” a couple of the elves shouted at the same time.

“By George, I think you have it! To my knowledge no one else has ever been able to do the same thing.”

“Why haven’t you done tried something like that?” Rose wondered aloud.

“I guess I could fly my sleigh to that point at just the right time, but with seven countries celebrating Christmas on January 7th, we are too busy here to take time off for a joy ride. But,” I added smiling, “it is a challenge. Besides, you never know what elfish magic might make that possible in the future.”

I hope you enjoyed today’s story! Due to my busy schedule until Christmas, I will be cutting back on my reports. “Stories from the North Pole” will now be posted on the 1st and 15th of each month. My next tale will appear on November 1st.

If you have any comments or if there is something you would like me to tell you about, please feel free to leave me a comment. Until next week . . .