Donner to the Rescue 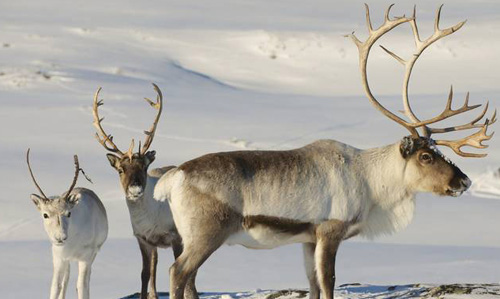 With a startled look on his face, Highstep, manager of the reindeer, looked up from reading a report. “Did you hear that Santa?”

“Sounded like a reindeer in distress!” I responded as I stood and headed toward the door. With Highstep right behind, we headed into the barn.

“It’s that new reindeer. He’s a big bully and mean to everyone,” Cletus responded.

As one of the reindeer that pulls Ms. Claus’s sleigh, I knew that not much bothered her.

“Are you talking about Fireball?” Highstep asked.

“Who else?” Cletus muttered as she headed to her stall. “I don’t want anything to do with him.”

“Highstep, we need to put an end to this. We cannot have a reindeer acting like that,” I insisted.

As the two of us headed out of the barn into the corral, we could see Fireball bullying Pablo, one of our mail sleigh reindeer. “We need to get over there and . . .”

Before I could finish, Highstep put his arm in front of me. “Wait a minute Santa. Donner is heading that way. Let’s see what he can do.”

Donner, Rudolph’s daddy and my biggest and strongest reindeer, stands 54 inches tall. Almost seven-feet in length, Donner weighs close to 530 pounds. Strong enough to pull a fully loaded sleigh all by himself, Donner’s size and power made him intimidating.

We watched as Pablo walked away when Donner approached Fireball. “Santa,” remarked Highstep watching the huge reindeer, “with his size, Donner might look terrifying, but he is the most gentle and nicest reindeer we have. If anyone can handle Fireball it’s him.”

As Donner walked up, he eyed Fireball carefully. “We cannot have any reindeer bullying others,” he explained sternly. “Since all the reindeer are important to Santa and the Christmas season, we all need to get along and work together.”

“What do you know?” Fireball began, trying to bully Donner. “You just do what Santa and Highstep want so that you can say you’re their favorite!”

“Santa does not have a favorite reindeer, or elf for that matter. We all have a job to do which makes us all important to him,” Donner stated, refusing to be bullied.

“Well no one seems to care about me, so why should I do anything for them. Besides, there is not a single reindeer here that likes me,” Fireball responded. Scratching the dirt with his hoof he continued, “How I act makes me feel important and powerful!”

“Is that what this is all about?” After a short pause to make sure Fireball was listening, Donner remarked coolly, “Bullying another reindeer may give you the feeling of power at the time, but it only makes them all avoid you. No one wants to be bullied. If you want to feel important and part of the team, your actions are doing just the opposite.”

“Yeah… so what am I supposed to do?” Fireball wondered aloud.

“To start with, you need to realize that, while you may be better at doing some things, you are not good at everything. Instead of seeing everything as a competition, join in the reindeer games and get to know everyone and let them know the real you,” Donner described.

“Yeah, but it’s also easy to do. Come on, I’ll help you get started.” As the two reindeer began to walk side by side toward a shed in the barnyard, Donner explained, “I happen to know Highstep put out some special oats for the reindeer. Let’s go share some with the others, and I’ll introduce you to all of them. Then we can talk about our experiences.”

Fireball looked at Donner and nodded his head. “I’m not sure that will work, but I’ll give it a try.”

As I watched the two of them make their way to the shed, I chuckled, “Will you look at that. Donner has calmed Fireball down. You would think they were friends.”

“That should not surprise you Santa,” Highstep began as we turned to head back to his office. “You know Donner means Thunder, and when Donner speaks, everyone listens.”

“That’s a good thing,” I remarked grinning. “I’m not sure what my team would do without him.”

One Reply to “Donner to the Rescue”