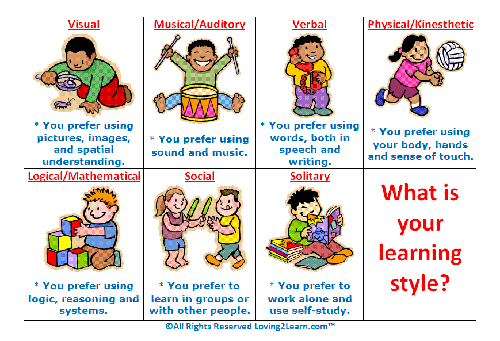 Ms. Claus and I had settled in by the fireplace the other night. While enjoying a cup of Judy’s hot cocoa Anya asked, “Do you realize how much believing in one’s self can make a difference?”

“You mean like the reindeer believing they can fly in order for the Red Fairy Dust to work?”

“Yes, but I was really thinking about the elves.”

“The elves?” I questioned, not understanding what she meant.

“Yes! Some of your best elves, like Quinten, can just watch something being created one time, and then rebuild it as well or even better than the original.”

“I agree, Anya; that’s why I chose elves over Gremlins and Gnomes. But you know all this. Did something happen today?”

“Yes, I was talking with the head of Elf University. Professor Lector felt that he might have to send one of the new recruits back home to the Korvatunturi Mountains.”

“What? Rarely does Lector have to do that. Why?”

“It seems young Ernest is either too shy to try anything or is afraid he’s going to fail. I feel for him. He wants to work at the North Pole with his Uncle Reiney, who takes care of Cupid.”

“Lacking self-confidence is rare in an elf, but I often see that in children who have older brothers and sisters,” I explained. “Sometimes they are afraid of not being as good as their siblings.”

“Interesting,” remarked Anya as she put her mug on the table. “When that happens, I think they need someone to help them overcome their fears and believe in themselves.” Smiling she looked at me and added, “The way I see it, that someone is you, Santa.”

I smiled at my wife, for I knew she was right. “Okay. Tomorrow I will do that, I promise. For now, can’t we enjoy the fire and hot chocolate together?

Grinning, Anya whispered, “Thanks,” and gave me a kiss on the cheek.

After breakfast the next day, I went to the barn and found Ernest in the corner fixing one of the harnesses for the reindeer. Slipping up behind him, I watched as his hands made adjustments to it. “Nice work, Ernest,” I mentioned casually. “I don’t think I could do that.”

Startled, Ernest dropped the harness and his leather punch. “How did you know my name?”

“Why, I know everyone’s name. Lector must be proud of your progress at Elf University.”

Ernest looked down and sheepishly replied,” I think he is going to send me back to Korvatunturi.”

“Now why would he do that to someone with these skills?” I wondered aloud, scratching my head.

“Probably because I don’t like to do things in front of anyone. It makes me really nervous.”

“Did you mention this to your teachers? Sometimes if you just tell the people in charge, they will understand and help you.”

“I’m too embarrassed to admit my anxiety to anyone,” Ernest stated as his cheeks reddened.

Picking up the harness, I inspected it. “Help me out Ernest,” I said. “If you’re not doing the practice work in school, how could you ever do such nice work as this?”

Taking the harness from me, Ernest shrugged his shoulders and said, “I watch Uncle Reiney complete whatever he is working on, and then later I can just do it.”

Surprised by Ernest’s answer, I sat on a bale of hay and motioned for him to sit. “Have you done this with other things as well?”

“Yesterday I went over to watch production in the Kite, Planes & Rocket Workshop,” Ernest admitted. “Later that night, I went back and made a drone with a camera.”

“Did you show Avitor, the manager?”

“No, I just put it in with all the other ones the elves made.”

Instead of making Ernest feel more self-conscious than he already was, I congratulated him and left. “Lector has to see this side of Ernest,” I thought to myself. Slipping into Highstep’s office, I called Lector and asked him to meet me by the barn.

Ten minutes later, I saw the professor walking quickly towards me.

“Got here as soon as I could,” he said, pausing to catch his breath. “What seems to be the problem, Santa?”

“I hear you are worried that Ernest will not make it here at the North Pole because he never does the work in class.”

Surprised, Lector nodded in agreement. “True,” he remarked, “but that doesn’t mean I won’t give him a chance to improve.”

Noticing the puzzled look on his face, I smiled. “Good to know. Now I have something to show you,” I said, opening the door to the back of the barn. “We are going to observe Ernest while at work,” I whispered, “without him knowing we are here. I think you’ll be pleasantly surprised.”

Slipping in unnoticed, Lector and I hid behind some bales of hay and watched as Ernest repaired an old halter by replacing some of the worn-out parts with new leather.

“I like his technique,” murmured Lector, “but where did he learn how to do that?”

Noticing Ernest walking towards the bales of hay where we were hiding, I put my finger to my lips. Lector nodded as the young elf went into the stall across from us. Reaching for the collar worn by Vixen, he took it apart and reworked the leather with a special saddle soap till it looked like new. Reassembling it, Ernest added a unique nose band with her name etched in the leather.

Leaving Vixen’s stall, he strolled down to the end of the barn and out the door.

“Unbelievable,” muttered Lector shaking his head. “Santa, I have never seen Ernest work with such confidence and skill. Some of his methods are taught at the next level, yet he knows how to do them. I don’t get it.”

“Amazing, isn’t it? Did you know that Ernest is shy, and prefers to do his work alone?” I asked. “He was embarrassed to tell you or his other instructors.”

“Let me finish,” I said, patting Lector on the back. “You see, Ernest has performance anxiety, so you have not had a chance to observe that he is one of the gifted elves. He can see something worked on in front of him once and then is able to use that skill.”

“Sorry Santa,” Lector replied humbly, “I guess I got caught up in my work and missed the signs. I’m impressed with his work. I think we need to do something about his situation.”

“I agree. We learned a valuable lesson today. Because some of our young students learn in different ways, they can’t always do what is expected in the classroom,” I remarked. “Unless we do something about this, nothing will change.”

“Hmm,” he began as a grin slid across his face, “I need to think about that. For now, however, maybe we should ask Ernest where he would like to be employed.”

“Thanks Santa,” Lector responded, shaking my hand. “I appreciate the attention you gave to a promising elf. Seems that even an old professor can learn something new.”

“Keeping talented elves at the North Pole is always a plus,” I answered as we strolled towards the door. “Besides, you will have made Ms. Claus very happy, and that is a plus for me.”

To read more about Reiney and Reindeer please check out:

To read more about Lector please check out:

Illustration from Technology Integration in ELT

One Reply to “Different Strokes”