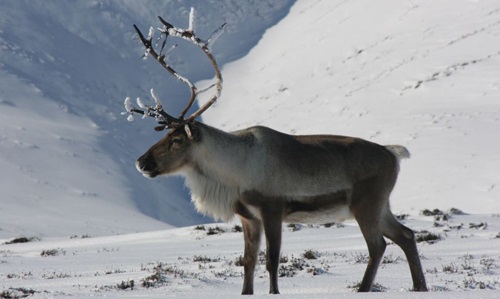 “I just don’t understand,” Reiney, the Elf who takes care of Cupid said. “I know Blitzen is the fastest of all our reindeer, yet he lost the race today with Polar Pete. Do you think he will do better in the swimming competition?”

“Maybe he was not feeling well. After all, reindeer can run as fast as 50 mph, which is twice the top speed of a polar bear,” Sachi, Dasher’s caretaker said. “Besides, the races today are for practice. The official Reindeer Games take place in the fall. He has time to improve, so why are you so upset?”

As the two elves settled for a spot near the finish line, Reiney mumbled, “If Blitzen loses the swim race, I will need to do extra work around the reindeer barns.”

“Why would you have to do that,” Sachi wondered as she took her seat on the snow bank.

“When the races were announced, I started bragging to everyone about how fast Blitzen was and that Pete would have no chance,” Reiney explained.

“Okay. I’m not sure I see what the problem is,” Sachi wondered.

“Well Highstep heard me bragging in the courtyard and asked if I was confident enough to make a small wager. Knowing that any of our reindeer can run faster than a polar bear, I knew I could not lose. But Blitzen did not finish first, and now he has to swim against Polar Pete. He has to win!” Reiney exclaimed as he rubbed his hands together nervously.

When Reiney took a seat next to Sachi, she patted his arm. “Since both reindeer and polar bears swim at about 6 mph, he has a 50/50 chance,” Sachi said as the elves waited for the race to begin.

“If Blitzen wins, it’ll be a draw between him and Pete; then neither Highstep nor I would win,” Reiney explained. “He has to win!”

“Well get ready. Looks like Santa is about to signal the start of the swim.”

I blew the whistle, and both Blitzen and Pete hit the water.

For the first 50 meters Blitzen had a slight edge, but then Pete pulled just a bit ahead. Jumping up and down, Reiney began screaming, “Come on Blitzen! You can do it! Go Blitzen.”

As if Blitzen could hear Reiney, he pulled ahead of Pete by a good meter. “That’s it Blitzen! Keep it up!” Reiney continued to shout as he started poking at Sachi.

With less than ten meters remaining, Sachi stood up and shouted with Reiney.  “He’s going to do it. Blitzen is going to win!!”

When Polar Pete pulled ahead at the last minute, both elves bellowed, “Noooo! It can’t be!!”

Once the race ended, the two elves started the long walk back to the North Pole Village. Sachi put her arm around Reiney’s shoulder as he hung his head in defeat. “Don’t worry Reiney. I’ll help you.”

Entering the tunnel, I could not help but notice Reiney and Sachi. “Why the gloomy faces? Didn’t you enjoy the races today?” I called out as I walked towards them.

“Not really Santa,” Reiney responded in a disappointed voice.

“Why not?” I asked as I placed a finger under his chin and lifted it off his chest.

While Reiney just shrugged his shoulders, Sachi explained how Highstep and Reiney had made a bet.

“Come over here for a minute and sit with me,” I said pointing to a bench just outside the tunnel.

Once the three of us were settled, I asked, “Do you know why Blitzen is on my team?”

“Of course I do. He is the fastest reindeer in the stable!” Reiney exclaimed.

“True, but his speed does not help me. My team can only go as fast as the slowest reindeer, and it’s plenty fast for us to deliver all the toys on Christmas. The two of you witnessed the real reason he is on my team today.”

“I chose him to be on my team because of his concern for others,” I explained hoping that the two elves understood. “Blitzen knows he is the fastest, but he also knows that it cannot be fun to always lose to him. This is his way of giving others a chance to claim a victory.”

“You mean he’s showing kindness to others?” Sachi asked.

“Yes! You see,” I began, “Pete is getting older, and lately some of the younger polar bears have been trying to prove they are better and faster than he is.”

Pointing his finger at me, Reiney shook his head as if realizing there was more to winning and losing. “Do you mean Blitzen let Pete win so that he would regain confidence in himself and not feel afraid of losing to the younger bears?”

“I think you got it Reiney,” I said feeling proud of him and chuckled. “You are not the first one that Highstep has pulled this on. AS long as you learned a lesson . . .”

“I have,” Reiney broke in with a serious expression. Looking at Sachi, he continued, “I think we both learned a lot today, and if I still have to do the work, I’m okay with that.”

Sachi was quick to add, “And if he does, I want to help with the extra chores. It’s the least I can do for my friend.”

While the two elves continued to walk ahead of me, I slowed my pace. Smiling to myself, I realized that not only was a lesson learned, but a friendship was made stronger.