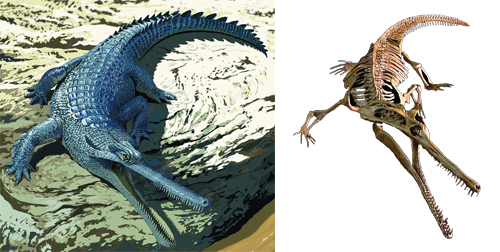 As Skippy and Rudy, reindeer herders and roommates, cleaned out one of the reindeer stalls, their supervisor, Highstep, walked over to inspect their work. “Great job, but I have another chore for the two of you.”

Anxious to do something different, they both walked toward Highstep. “What do you need?”

“There are a dozen reindeer outside, and I would like you to round them up. Then put them in the corral with the others inside.”

“No problem. We’ll get right on it.” After hanging up their rakes and shovels, Skippy and Rudy headed for the east tunnel, just behind the barns.

Putting on snowshoes, heavy coats, and gloves, the elves walked out into the cold and wind of the North Pole.  Once out of the tunnel, Rudy looked to his right. “This will be easy. All the reindeer seem to be right here.”

“Not so fast Rudy.” Skippy pointed to a couple of reindeer that were standing by a snow bank in the distance. “Why don’t you start moving these reindeer in, and I’ll walk out to get those two.”

Hiking toward the reindeer, Skippy watched as they pawed at the ground and stuck their noses in to eat the lichen under the snow. He appreciated this plant because it grew in the harshest conditions like the Arctic, where the North Pole was located, and was a main source of food for reindeer in the wild.

“It’s amazing how you two can smell the lichen beneath all this snow,” Skippy muttered while grabbing the reindeer by their bridles to lead them back to the tunnel. As he began turning the reindeer, he looked down to see the lichen. There was plenty of the plant in the hole the reindeer dug, but he did not expect to see what else the reindeer had uncovered.

Dropping to his knees on the side of the hole, Skippy used his hands to remove more of the snow. After a few minutes of digging he sat back on his heels to stare at objects he had never seen before. Pulling out his elf communicator, he took a picture. Reaching into the hole he picked up one of the objects that was not stuck in the ice and snow and tucked it under his arm.

Rudy had most of the other reindeer heading down the tunnel, as Skippy approached with the Two stray reindeer. Looking back at them he caught sight of something in Skippy’s hand. “What did you find?”

“I’m not sure, could be a bone, but it looks and feels like stone.”

“What are you going to do with it?”

“I want to see if anyone knows what it is.”

Skippy and Rudy continued to usher the reindeer down the tunnel. When the last one was in the corral, Skippy closed the gate and noticed me walking out of the barn. “Santa!” he hollered holding up his hand to get my attention. “I have something to show you!”

As I walked over to the elves, Skippy picked something up from the ground next to the gate, and handed it to me. “Do you know what this is?”

Taking the object, I turned it over and looked at it from every angle. “This looks like a fossilized rib.”

Skippy looked at Rudy who just shrugged his shoulders and opened his hands as if to say ‘I don’t know,’ then looked back at me. “What’s a fossilized rib?”

Holding it up with both hands, I explained, “Well, this once was a rib from some kind of animal. Over thousands or even millions of years, minerals from ground water replaced the animal minerals of the bone, turning it to stone.”

Skippy scratched his head. “It sounds too complicated for me. Do you know what kind of animal it’s from? Could it be from a reindeer?”

“I’m not sure, but I don’t think reindeer would have been around at the same time as this animal. Were there any other bones?”

“Yes, but they were still stuck in the ice and snow. I took a picture of them, or if you like, I can show you where they are.”

“Later,” I remarked while continuing to examine the fossilized rib bone. “However, can you go out and mark the site so it can easily be found?”

“No problem Santa. I’ll do that as soon as my shift is over.”

Not wanting to be left out, Rudy asked, “Can I go with you?”

“If you don’t mind, I’d like to take the fossil back to my office and see if I can identify it. Will you send me the picture of the other bones?”

Skippy pulled his elf communicator out and pressed a few buttons. “It’s on the way.”

Thanking Skippy, I headed toward my office, anxious to get a closer look at the fossil.

Excited over Skippy’s find, I hurried towards my office. Once there, I threw my coat down on a chair, moved a stack of papers off my desk, sat down, and stared at the fossil for a long time.

There were so many questions racing through my head, and I could not answer any of them, but I knew what could. Swiveling in my chair to the right side of my desk, I typed ‘fossils found in arctic’ into the DuckDuckGo search engine on my computer.

Marveling at the advances in technology, I watched as a list of articles appeared. The first few links were about fossilized trees and plants found in the arctic. Then about half way down the page I saw, “Bones of Crocodile-Like Beasts Tell Tale of Arctic Warming.” Without any hesitation I clicked the link and began reading.

After living at the North Pole for hundreds of years, I was learning things I never believed possible. I thought that the Arctic was always cold and covered in snow and ice. According to the article, however, the Arctic would have looked more like Florida with an average temperature of 57 degrees Fahrenheit. That would have been during the Cretaceous Period, about 145-66 million years ago, according to the article.

Continuing to read, I learned that University of Rochester Professor, John Tarduno, and his team of students, discovered many fossils back in 1997. They had found the bones from several crocodile-like beasts with a long snout and razor-sharp teeth, known as champsosaurus, along with turtles and fish – champsosaurus’ favorite foods.

Finishing the article, I knew that Professor Tarduno was the one who could answer my questions.  Searching the university’s web page, I found his email address. Carefully describing the bone on my desk and the area where it was found, I attached the picture Skippy sent me. Including my direct number for him to call, I hit the Send button.

Needing to get some work finished, I moved the fossil to a table and began looking through the stack of files on my desk. In a little while the ringing of the phone startled me. “Santa Here,” I answered.

“Santa this is John Tarduno.”

Shocked, I replied, “I wasn’t expecting you to call this fast.”

“I was answering emails from students when I received yours. Looking at the picture you sent, I could not wait to call you.”

“Looking at the picture I immediately knew what you found. Looks like you found a tibia, femur, and some ribs from a champsosaurus. Back in 1997, my team and I had found other fossils of the pre-historic animal in another part of the Arctic.”

“We have been here a long time and have never found fossils of any kind before these.”

“Well with global warming, don’t be surprised if you find more. Would you allow me to bring a team up to excavate the site any maybe see if we could find other fossils.”

Hesitating to say yes because of the COVID-19 virus, I slowly responded, “I don’t mind, but it would have to be after the . . . “

The professor interrupted, “Of course it would be after restrictions are lifted and it is safe to travel again. My grand-children would never forgive me if I caused Santa to get the virus!”

I chuckled at his comment. “Good. You have my number, so when things settle down give me a call, and we will make arrangements.”

“Great Santa, but since we don’t know how long it will be, could you get the GPS coordinates of the site?”

I switched the phone to my other ear so I could write myself a note. “Of course! The elves marked the spot, and I’ll have them go back out and get that for you.”

“That’s great.  Then I will contact you as soon as I am able to visit. Thank you for contacting me about this, Santa!”

Hanging up the phone, I leaned back in my chair. The last seventeen hundred years had been quite an adventure. Adjusting to changes in traditions and the way each culture viewed me and my gift giving led to many alterations on my part. Now thanks to Professor Tarduno, I could go back to an ancient time when man never existed. “This is going to be an exciting new adventure,” I whispered to myself. “I can’t wait to tell Ms. Claus.”