A Surprise for Bernard 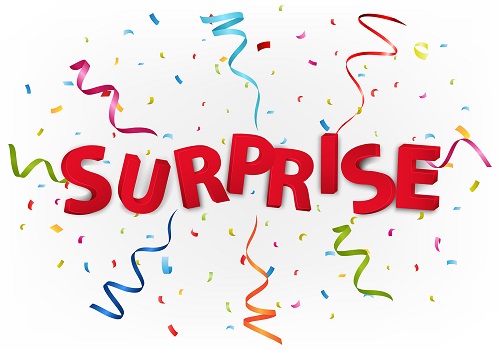 Getting ready to leave after breakfast, I smiled at Anya. “Well, my dear, is everything set?”

“I think it is all under control,” Anya said with a little sarcasm in her voice. “Now you better get going and let me get things rolling.”

Grabbing my hat, I gave my wife a quick kiss and headed to Bernard’s office. When I arrived, I found him sitting at the conference table going over all the reports. “Morning Bernard! Looks like it will be a great day today,” I stated.

“Hello Santa. Yes, I believe it will be. You know this is a very special day for me.”

“I could not agree more.”

“In fact,” Bernard responded, “I think this is MY favorite day of the year! A good day to celebrate!”

I knew that Bernard was anxious for someone to wish him a happy birthday, but in keeping with the plan I said, “It’s a special day for all of us. Once you get these reports finished, we will be able to begin programming all the workshops for Christmas 2021!”

Realizing that I was not going to wish him a happy birthday, Bernard hung his head down and began shuffling the papers around on the table.

“By the way,” I remarked, “I’m sending Lyra over to help you with the reports if you don’t mind. She knows math and is great at organizing reports.” I turned to hide the smile on my face and headed to the door. “I have some other things I need to check on and will return later,” I continued as I left his office.

Shortly after my departure, Lyra arrived to help with the reports. “Hey Bernard, where would you like me to start?” she asked.

In a sad voice, Bernard answered, “Why don’t you begin with the electronic toy reports.”

“Okay,” Lyra responded. Sensing something was bothering Bernard, she took a stack of papers and started organizing them. Without looking up, she asked, “Are you okay? You sound a little unhappy today.”

“To tell you the truth I am a little upset with Santa.”

Lyra immediately stopped what she was doing and stared at Bernard. “How can anyone be upset with Santa. Something big must have happened.”

“It’s more a case of what didn’t happen,” Bernard responded as he leaned back in his chair and put his hands behind his head.

“Did Santa forget to do something?”

“Only the most important thing to me outside of my work here at the North Pole.”

“Our work here is very important,” Lyra said as she gave Bernard a hug. “What did Santa forget that has you so upset?”

As the elves embraced, Bernard grinned and said, “Thanks for the hug, I needed that, especially since today is my birthday!”

Lyra leaned back a little and gave Bernard a big kiss on his left cheek. “Well Happy Birthday Bernard!” Then putting her hands on her hips, Lyra asked, “Santa didn’t wish you a happy birthday this morning, did he?”

Shaking her head, Lyra insisted, “That surprises me. I’m sure he just had a lot on his mind. He’ll eventually remember. After all, has he ever forgotten your birthday?”

“Never, but it never fell on the same day as when the reports were due.” Bernard sat back in his chair and began working again. “Let’s face it, my birthday this year is just another work day and nothing special.”

Lyra hated to see anyone unhappy. “Maybe,” she began, “something special will happen later.”

Startled by Lyra’s reaction, Bernard gave her a strange look. “What are you getting at Lyra?”

“Nothing,” she answered nervously. “I’m just saying that a lot can happen between now and dinner time.”

Walking over to Lyra, Bernard stood facing her and asked, “For the second time, what are you getting at?”

Unable to keep a secret, Lyra blurted out, “Don’t be mad at me Bernard. I hate seeing you so unhappy and… well… Santa’s throwing you a surprise party tonight.” Realizing her mistake, she placed her hands over her mouth.

“A surprise party?” Bernard’s face began to glow with delight. “So Santa was teasing me this morning?” he mumbled to himself.

“I’m sorry I already said more than I should have.”

“It’s okay. It sure explains a lot. Don’t worry, I won’t tell anyone. This will be our secret, Lyra.”

As Bernard began to whistle, Lyra relaxed. “Let’s get these reports done. We don’t want to be late for your party!” she said smiling.

Later when the last report was finished and placed on the stack, Lyra looked up at the clock above the door and announced, “Right on schedule. By the time we walk from here to the dining hall, we should arrive for your party just in time.”

The elves cleaned up the table where they had been working and headed to the dining room. Lyra noticed that the closer they got to the hall, the bigger Bernard’s smile grew. When they approached, Lyra grabbed the door and turned to look at Bernard, “Let me get this for you,” she said bowing graciously.

The door opened and with his chest puffed out like a proud rooster, Bernard walked in and exclaimed, “Thanks everyone for . . .” he immediately stopped talking when he saw no one in the room except Santa. Glaring at Lyra, he muttered, “What the heck?”

Lyra was as surprised as Bernard. Shrugging her shoulders, she whispered, “I don’t know.”

“There they are,” I announced, “my two heroes on report day. I trust you have all of them finished and ready for our production meeting tomorrow morning.”

When Lyra realized Bernard could not gather his thoughts to answer, she responded for him. “We did Santa, and I think you will be happy with them.”

Finishing my hot cocoa, I set my mug on the table. “That’s good to hear.” Walking towards them, I said, “Before tomorrow’s production meeting, I was hoping we could go over to the warehouse and discuss plans for storing the toys.”

With great reluctance, Bernard struggled to find the words. “Sounds like a good idea,” he replied. “I’m free now if you want.”

“Fantastic!” I exclaimed, and the three of us left. As we headed toward the doors that led to the warehouses, I asked, “Do you mind if we stop by the recreation hall on the way? Doheny put some cookies out for the elves to snack on tonight, and I’d like to grab one, if that’s okay with you two.”

Arriving at the unlit hall, I opened the door and motioned to Bernard and Lyra to enter. “After you,” I said.

Suddenly all the lights came on to a chorus of “HAPPY BIRTHDAY!” from all the elves who were gathered for the celebration.

I looked at a shocked Bernard, and joined in with the others.

When the singing stopped, Bernard turned to me, and with tears on his cheeks, he gave me the biggest hug. Spotting Anya standing near us, he ran over to give her a hug as well. “You two are the best! I cannot thank you enough for this party!”

“No need to thank us,” Anya replied. “As you can see, all the elves think you’re pretty special.”

Bernard began making his way around the room, thanking all the elves and having the best time at his surprise party. After Bernard left, Lyra came over to Ms. Claus and me. Placing her hands on her hips, she smiled and said, “You tricked me!”

Anya and I looked at each other. “Lyra you have the biggest heart of any elf here at the North Pole,” began Anya as she put her arm on Lyra’s shoulder. “We knew you would not let Bernard go through the entire day thinking everyone forgot his birthday, but we also wanted him to be completely surprised. That’s when we decided to just change the location so that Bernard would still be surprised even after you told him about the party.”

“Honestly, Lyra,” I began, “we could not have pulled this off without knowing you’d follow your heart and make Bernard feel better. This was truly a surprise. Thank you.”