A Letter From Santa 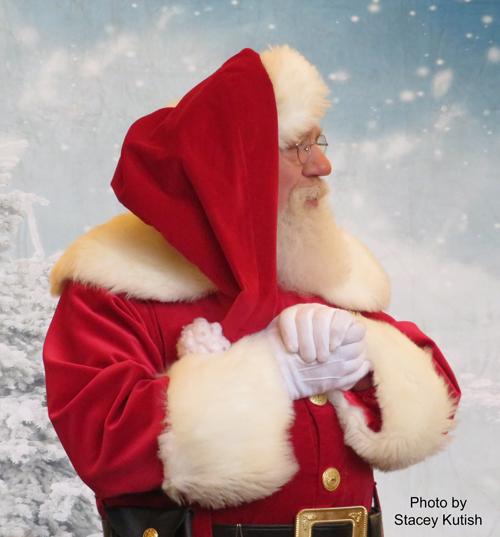 After missing my visits with all my little friends last year because of the pandemic, it was good to be able to visit with many of you again this year. I have more fun listening to you tell me your Christmas wishes than reading them in my office at the North Pole. In fact, I have found that many of you prefer to tell me rather than write to me, even though many of you complain when I ask you again after you already told me what you want. Hopefully those children who do that understand I am “checking my list twice”, just in case you changed your mind.

Your wishes also surprised me this year. Of course, there were the usual requests for things like PS 5’s, Nintendo Switches, and all things Barbie. Yet many of you were asking for toys I often delivered in the past. Rubik Cubes, YoYos, stuffed animals, and Lava Lamps were in high demand this year. I’m sure many of your parents shared stories about how much fun they had after finding them under the tree.

One request I always love to hear, though, was made by more children this year than in the past. My heart filled with joy and tears began to well up in my eyes every time one of you told me that you didn’t need anything and just wanted everyone to be happy and love each other. After all, Christmas is the time to give, and so many of you seem to have already learned that lesson.

Most of you have figured out by now that my life has been dedicated to giving. First, I was known as Nicholas of Myra, and later I became known as Sinterklass, which eventually became Santa Claus. In the beginning I gave children things they needed: clothing, shoes, food, and when necessary, money that I had inherited. Over time, I began adding toys but still made decisions based on your needs.

Long ago, there was a man who had lost all his money. He had three daughters who were old enough to get married. Back then, young women had to have money, livestock, or property, called a ‘dowry’ in order to get married. This was used to help the new family get started. If women didn’t have dowry money, they didn’t get married.

This man felt sad for his daughters didn’t have a dowry. He knew that they wouldn’t be able to have families of their own and would face the likelihood of becoming old maids, working for others their entire life.

One night, the oldest daughter washed her stockings and hung them in front of the fire to dry. Then the father and his three daughters went to sleep.

In the morning the daughter saw a lump in her stocking. Reaching in, she found a small, heavy bag. It had gold inside, enough to provide food for the family and money for her dowry. The next morning, another bag with gold was found. Excited, the father hugged his daughters, for he knew all three would be able to marry.

The following night, the father stayed awake to find out who was helping his daughters. He dozed off, but awoke when he heard a small ‘clink’ as another bag landed in the room. Quickly he jumped up and ran out the door and saw me. I made him promise not to tell anyone who helped his family out. He kept that promise, and his daughters eventually married.

Much has changed since then. Today I don’t leave presents of money or gift cards. If you or someone you know receives such gifts, or gets so much more than others, the reason is simple. Some parents want to give their children more than I can leave. So, they buy lots of gifts, and place them under the tree letting their children believe that I left them.

I recommend that if you are one who gets all the extra gifts, think about donating your old toys to someone who would appreciate them. On the other hand, if you are one who gets just a few things, know that I have left you what I think you need, and that your parents are doing everything they can to make sure you are taken care of.

To end, I want to wish you Merry Christmas and Good Tidings one last time. So as the new year begins, I hope that you have no worries or stress and continue to grow and flourish.

I hope you enjoyed today’s story. I will post another one January 15th. If you have any comments or if there is something you would like me to tell you about, please feel free to leave me a comment. Until next week . . .